Hi guy, have you try enabled Internet Connection Sharing (ICS) for above operating system? Well, i just did today and if you get around with Windows 7 or older operating system probably it will be easy to configure. My guess is wrong. The normal way of configure ICS is no longer available and i can’t find a way to configure in GUI. Before we move further let look into which scenario that you use ICS

This post is to remind me in future on how to configure ICS and hopefully will be useful to those of you who are looking into this solution.

Make sure “Hosted network supported” is listed as Yes.

My new Ad-hoc SSID is “nexus”

4. Start the mode to create

5. A new connection has created in Network Connection. 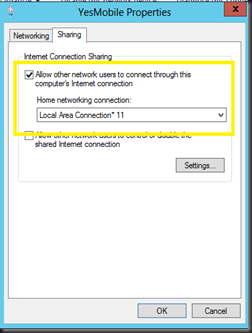 The “Local Area Connection 11” will be assigned an ip address “192.168.137.1” (ICS default IP address). Then just dial your mobile broadband and on other devices connect via ad-hoc SSID. (mine is called “nexus”).

Alright, that all for now and now my machine is ready to enable ICS for my new tablet:- “Google Nexus 7” which is currently in progress of shipping from USA to Malaysia. 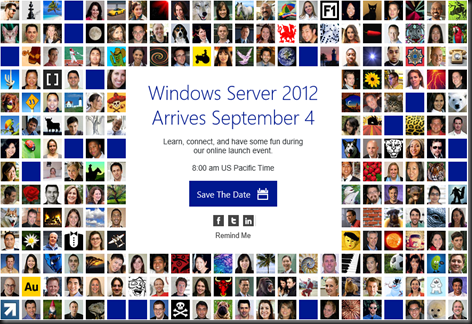 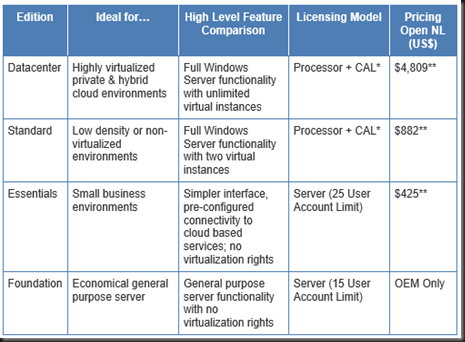 Information taken from here. Our focus is on Standard Edition and Data Center Edition. There is no more Enterprise Edition and basically you will get the entire features even on Standard/Data Center Edition. So the question is “What is different between both and how should you choose?” .
License
A single license covered for two (2) physical processor. (unlimited cores)
Edition different between Standard & Data Center
Just virtualization right. (for 2 physical processor)
Now let look into scenario
Scenario 1:- Purchase 1 processor per server. Which license should i buy?
Scenario 2:- Plan to setup 4 VM, how many license that i should buy
Scenario 3:- When should i choose Data Center Edition?
Scenario:- What is the criteria that i should use in order to calculate the number of license?
Scenario 4: You want to setup Failover Cluster. Which edition should you choose?
Scenario 5: Downgrade right to earlier version when purchase Windows Server 2012
A:-
Scenario 6:- Software Assurance entitlement
Scenario 7:- Can i use Windows Server 2008 CAL to access Windows Server 2012
Best practise on choosing Standard or Data Center Edition:-

Veeam Backup and Replication 6.1 for Hyper-V and VMware Hypervisor

I just had a request from a customer which would like to backup and replication solution in a heterogeneous environment: Hyper-V and VMware hypervisor.  Immediate in my mind is Veeam Backup and Replication 6.1 , which has released few month ago and this give me opportunity to use my NFR license file to test the product in my lab environment. 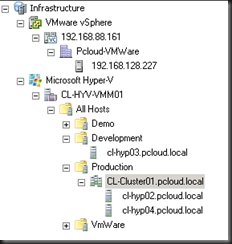 Without install any agent into Hyper-V and VMware server. I would be able to view the entire virtual machine running in both hypervisor. Just add SCVMM and ESX server into Veeam console

2 Solution in 1 & bundle with Compression and Deduplication

Export running virtual machine without shutdown the VM. VeeamZIP encapsulates all virtual hard disk and configuration files into a single, compressed backup that can be recovered to another host. 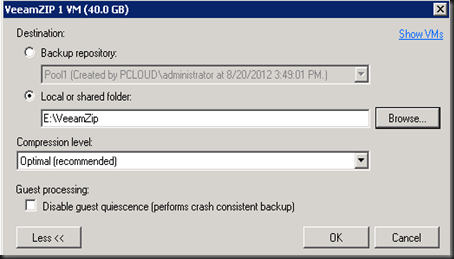 Then, you can extract entire VM, VM files and Item Level Recovery 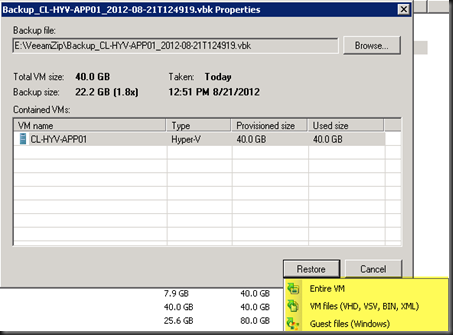 If you are using Vmware hypervisor, you can perform application item level recovery for Active Directory, Exchange Server , SQL database and files. 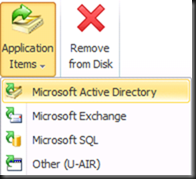 Wow!… Without restore an entire VM, you can runs a virtual machine (VM) directly from a compressed and deduplicated backup file, on regular backup storage. With vPower you can restart a failed VM in as little as 2 minutes, and it significantly reduces the duration and impact of outages. Check out below result on the VM which i’ve tested boot up on another host, just within few second and the VM has up and running. 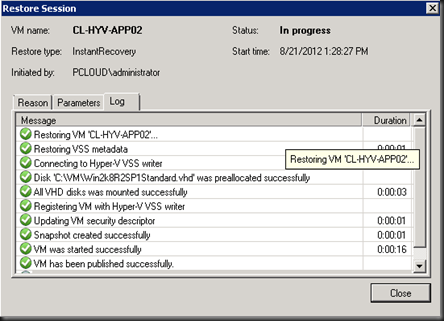 That’s concluded my test scenario. If you would like to test the product in your environment, click here for FREE!

Force An Object Discovery After Add DPM Server in SCOM

Well, if you have perform DPM Centralize console using SCOM and you have just installed SCOM agent into DPM Server. Next is you would like to manage and monitor DPM Server but when view on the monitoring workspace, no object is discover under “System Center 2012 Data Protection Manager”.

By default, it has a predefined schedule but i can’t remember when and you do not want to wait for another 24 hours. Here is a way to force an object discovery.

Just go to SCOM services snap-in and restart “System Center Management”. Just wait for a while then the object will appear under “System Center 2012 Data Protection Manager”. Below is a sample of Protected Server just detected after restart the service. (result: Not monitor)

and after a while…

Email ThisBlogThis!Share to TwitterShare to FacebookShare to Pinterest
Labels: SCDPM

High Availability:
-Management functions for HA device nodes. You can add new node to HA device, remove or switch existing nodes without recreating the whole HA device.
- High availbility device can use other types of StarWind devices for storing data. It can be deduplicated device, thin-provisioned IBV device, or DiskBridge device.

Deduplicated disk:
- Asynchronous replication of deduplicated storage. Any iSCSI target can be used as a destination storage for replication. 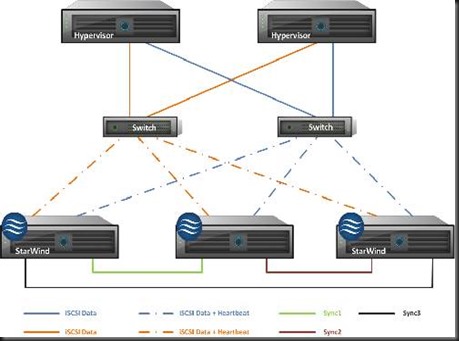 StarWind 6.0 beta is ready for download from the following link:
http://starwindsoftware.com/tmplink/StarWindBeta.exe

Do check it out and test the beta for free! 3. On the network adapter:-

4. On the Advanced features of the network adapter, remember to Tick “Enable this network adapter to be part of a team in the guest operating system”.

6. Then, on the Adapter and Interfaces, select both Ethernet , click Tasks and select Add New Team.

7. For the virtual machine, create a NIC Teaming with only the following configuration 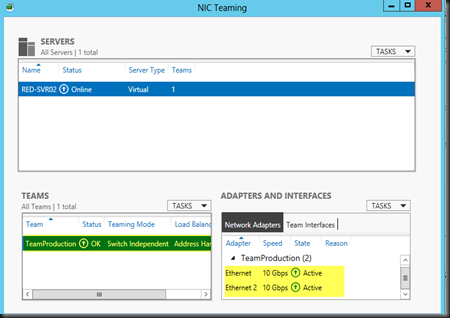 8. Now you have successful created a NIC teaming in a virtual machine which will provide failover and load balancing features.

Altaro are giving away two Nexus 7’s to a couple of lucky testers of their Win Server 2012 Backup for Hyper-V Beta.

All you need to do is send a screenshot of the beta installed by Aug 24th. For full info check out the contest page.

Check also a review we did of the beta, check it out here. 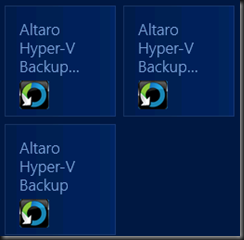 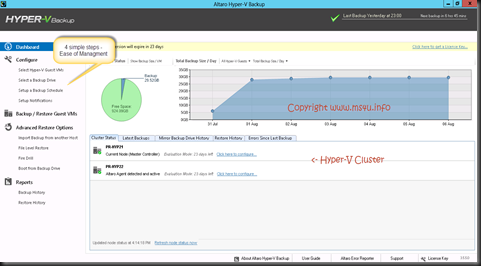 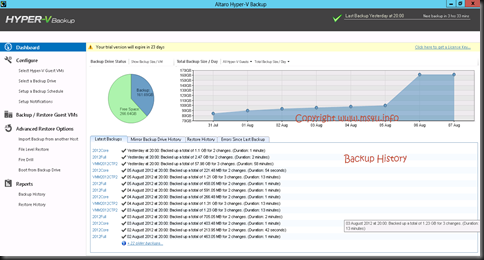 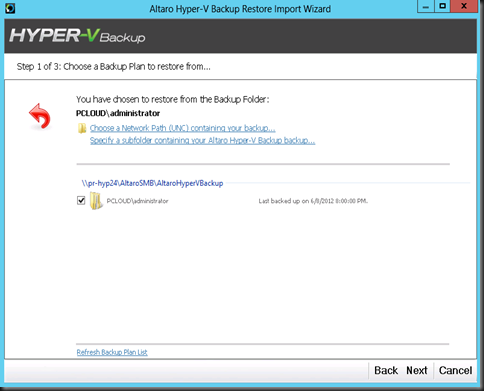 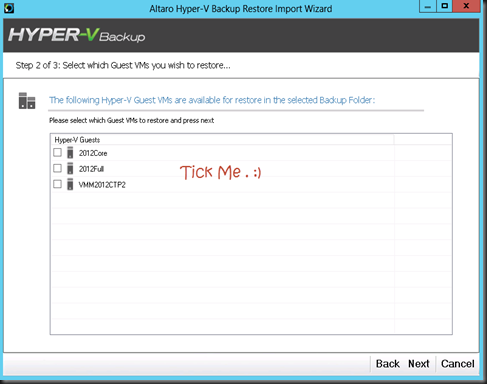 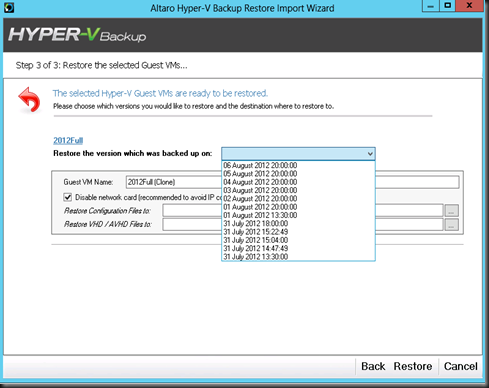 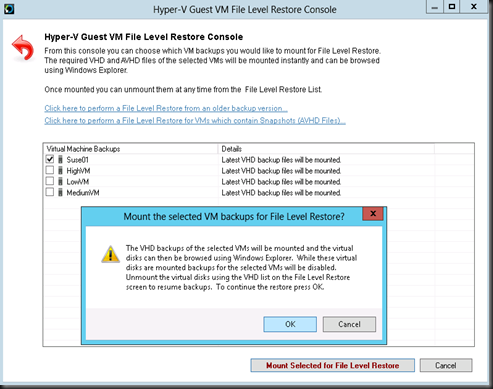 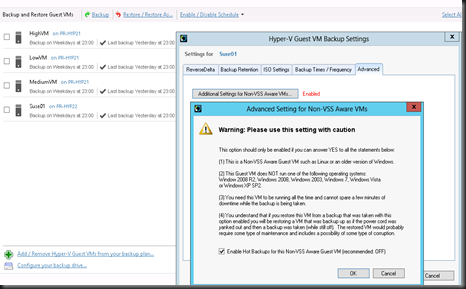 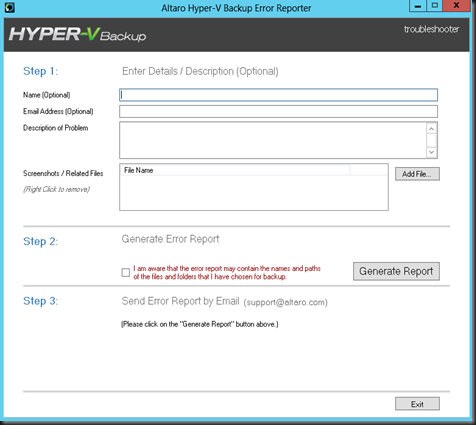 Have you try use Starwind iSCSI SAN, Starwind SMI-S Provider and VMM 2012 to provision storage? If yes, and you may experience my similar issue as listed below. Read the below issue and the resolution on how I've solved the issue.

1. Added Starwind SMI-S Provider into VMM 2012 but total capacity size is in 0 size.

1. On the Starwind iSCSI SAN , create “pool” directory on your E Drive

2. Then specify “My Computer\\E\\pool” in the SMI-S Configurator. Refer to below screenshot on my configuration

At the end, when adding SMI-S Provider into VMM 2012, you should see “total capacity” is the same size of E Drive on StarWind iSCSI SAN.