Yesterday i have attended Windows Server 2012 Jump Start training and found deduplication is a useful feature for VMM Library. For those who do not know, VMM library is a catalog of resources that provides access to file-based resources such as virtual hard disks, virtual floppy disks, ISO images, scripts, driver files and application packages that are stored on library servers, and to non file-based resources such as virtual machine and service templates and profiles that reside in the VMM database.

How about data deduplication? Deduplication is available in Windows Server 2012 and enables you to efficiently store, transfer and backup less data

Here is the average saving with data deduplication by workload type captured from the trainer slide:

I have existing VMM Library and share between multiple people in the organization and everyone seem to dump duplicate iso and file based resources.

Well, i’m a bit lazy on the housekeeping in the VMM Library. Then i decided to give deduplication feature in Windows Server 2012 a try. 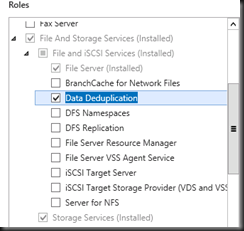 4. From the Server Manager dashboard, create a new share and then Configure the Data Deduplication 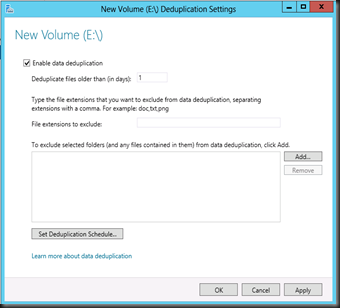 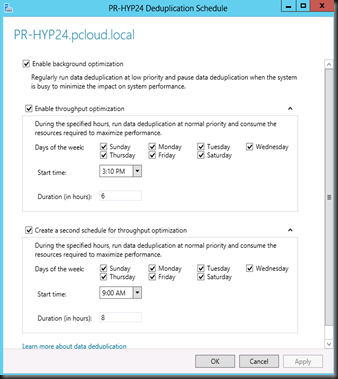 To force an optimization pass to start, use the Start-DedupJob Windows PowerShell cmdlet, passing the name of the volume on which to start the optimization

Here is the result after enabled dedup:- 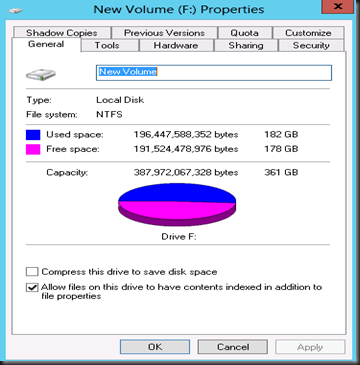 Related post which I'm have use when configure data deduplication-