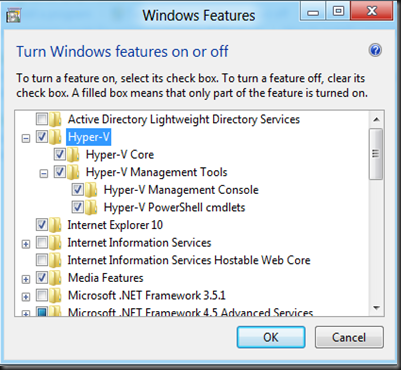 Next question, why don’t i use group policy?. Well, due to unavoidable circumstance i cannot use group policy. Wow 864 times of configuration is a lot of work. The best way, is write a script to disable the services.

1. Check the service name from services.msc 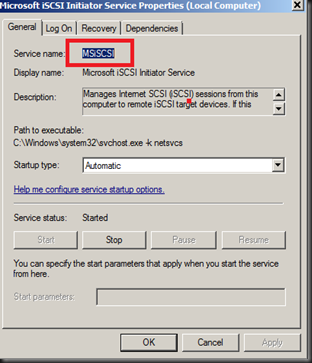 Save to batch file and execute to the entire VMs.

Well, you’ve deployed Hyper-V on Server Core. Sometimes, we would like to export the event log for diagnostic. You can use full installation (GUI) of Windows Server and connect to the server core server for viewing the event log. However you will receive an error message when trying to export out the event log. Therefore you got no choice but go back to Server Core and type few commands.

1. To query for event log available on server Core to C:\eventlog.txt

Above command will give you event viewer name that you can export out. Let say we want to export System Log.

Hope these command is useful to you.

Here is the key features:-

MAP 6.5 beta included with new GUI interface and here is the screenshot:- 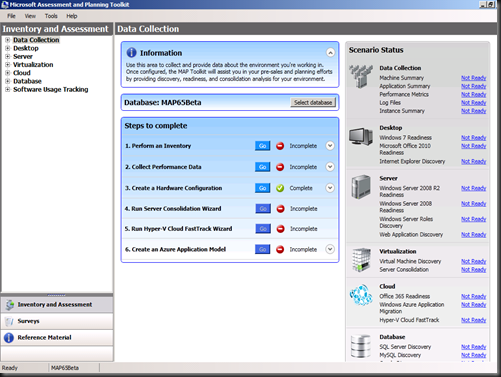 It is now easy to use and let check on what’s new for virtualization perspective. Just follow step 1-5. Each step complete will provide a summary result. 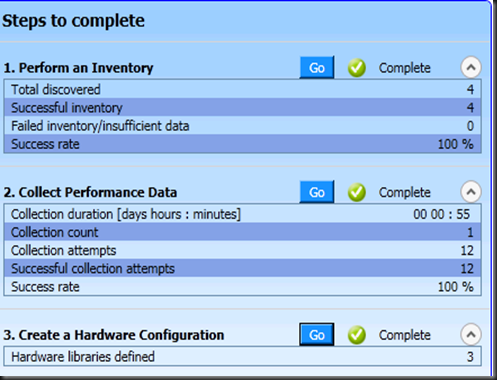 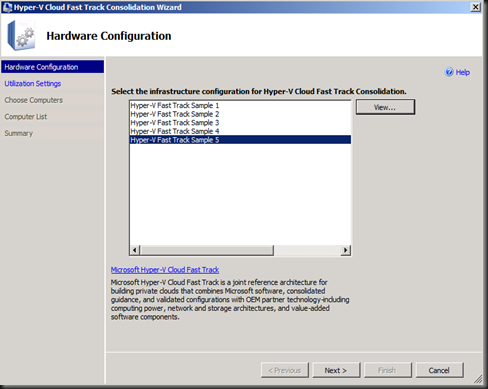 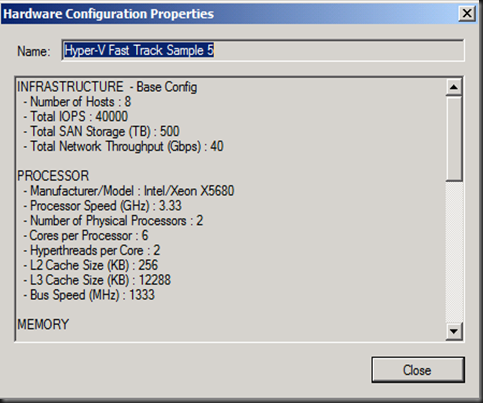 Email ThisBlogThis!Share to TwitterShare to FacebookShare to Pinterest
Labels: MAP

Last week Microsoft has released iSCSI Target 3.3 with the latest QFE. If you’re interested to build iSCSI Shared Storage which supported by Microsoft, please feel free to get it from here:- http://www.microsoft.com/download/en/details.aspx?id=19867

But today, i’m not going to look into iSCSI Target 3.3. Let have a look on how to build iSCSI Shared Storage using Windows Server Developer Preview. This component is not a separate download but included as part of the roles which available in the operating system. 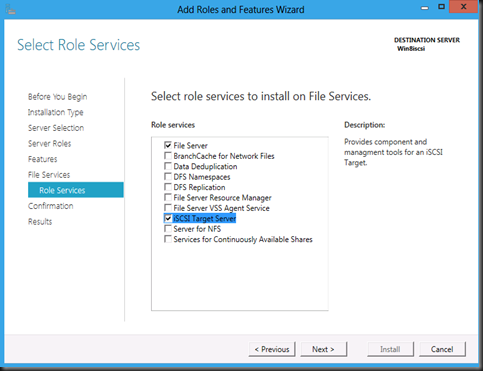 Once you have added the roles, you can use Server Manager to create iSCSI Target and iSCSI Virtual Disk. Here is the screenshot:- 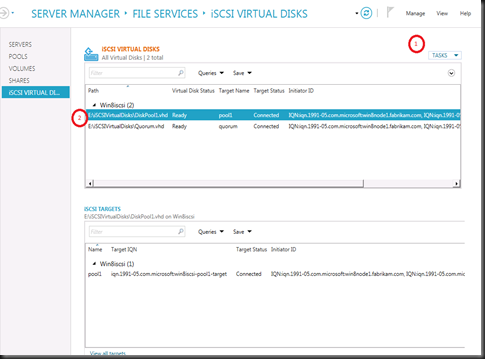 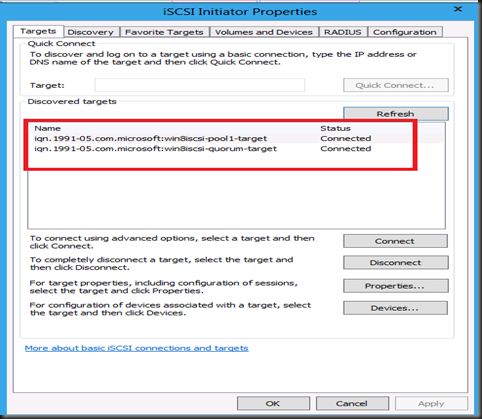 Note:- This version (included in Windows Server Developer Preview) is not supported in production as similar as iSCSI Target 3.3. But you can build an iSCSI Shared Storage for your lab environment using this version. So Enjoy !


In my last post, I've talked about live migration without cluster storage. Let move on to next testing.

This round on the same option, i can perform storage live migration:whereby i can move the Virtual Machine from one storage location to another storage location without shutdown the VM and 0 downtime.

Let recap on current version of VMM 2008 R2. With current version you can perform quick storage migration which allow you to move VM from one storage to another storage.

Next question is when we mostly use storage migration ?

Here is the screenshot:- 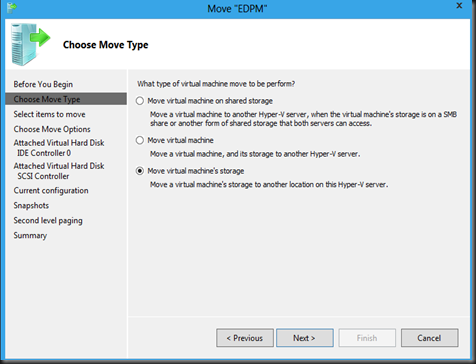 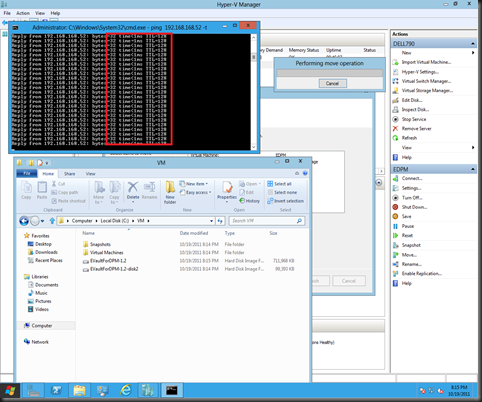 I've run a continuous ping/ RDP to verify that the connection is still intact. This time round, 1ms appeared consistent on the ping result as the transferring of VHD and configuration did not use any network card.

Without we realise, the VHD has moved to new storage location. Great features! 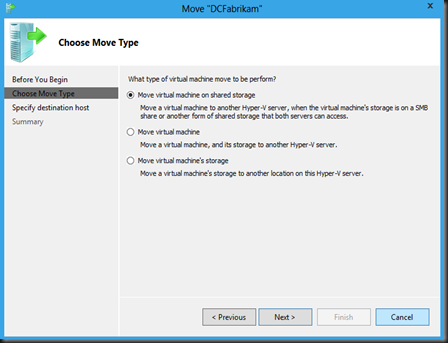 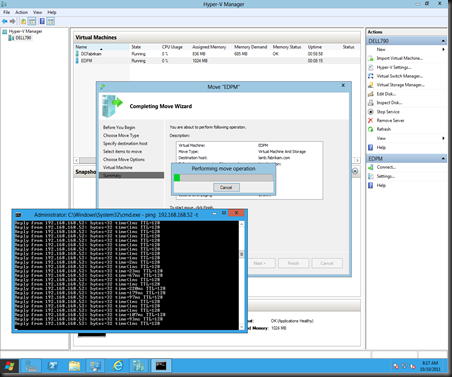 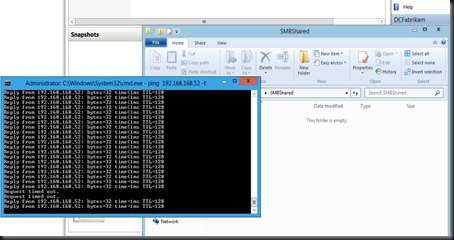 This whitepaper is sponsor by Microsoft.

Get it while it last…

Check on “Average Pressure” counter under the “Hyper-V Dynamic Memory Balancer” category.  This gives you a very simple view of the overall memory allocation of your system. 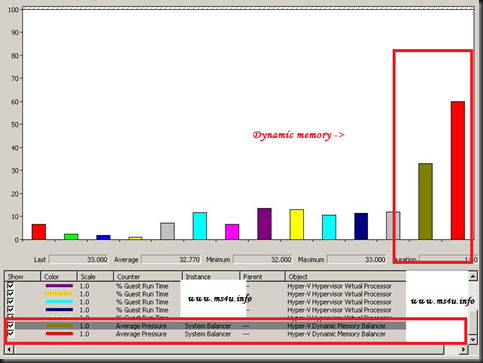 Critical:- more than 100% . Indicated running out of memory on Hyper-V host and virtual machine start to use virtual paging.

Some additional performance counter information which i got it from Greg pos. It may come on handy when you need to understand what each counter do:- 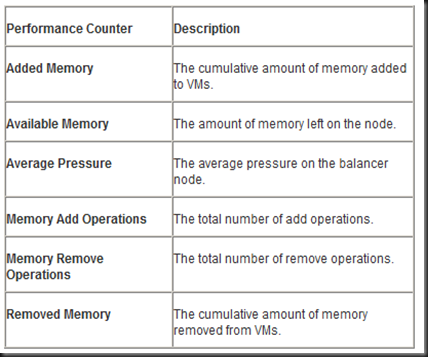 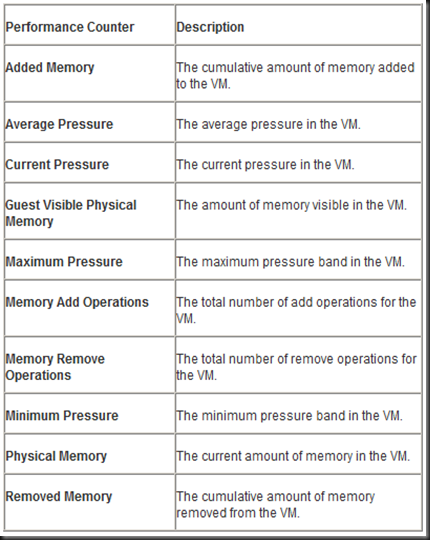 Up to 12 student has attended VMM2012 MasterClass @Ingram Micro Training Center, Singapore- as part of Microsoft Singapore TechDay 2011 event. Click on the picture to have a larger view. 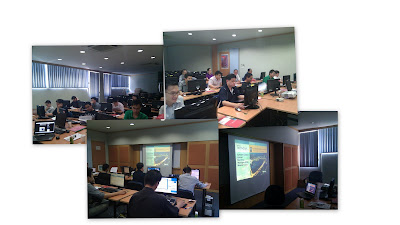 Email ThisBlogThis!Share to TwitterShare to FacebookShare to Pinterest
Labels: Classroom


At Microsoft Singapore TechDay 2011, i have presented about Cloud Management with System Center App Controller . Over 200+ delegate has attended the session. Here is the slide of the session and recording for your perusal.
Slide:-

Presentation : SCVMM 2012 Building of Private Cloud and Federation to the Public Cloud


At Microsoft Singapore TechDay 2011, i have presented about SCVMM 2012 Building of Private Cloud and Federation to the Public Cloud . Over 200+ delegate has attended the session. Here is the slide of the session and recording for your perusal.
Slide:-

SCVMM 2012-Building of Private Cloud and Federation to the Public Cloud from Yoong Seng Lai on Vimeo.

This recording was recorded by Microsoft Singapore during MS Techday 2011.

Weird experience.Probably 1 out of a million. I have done a lot of Windows Server 2003 Virtual Machine deployment but encountered a very weird scenario. Here is the scenario 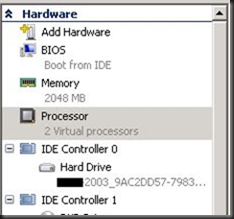 4. When view task manager, you will still see 1 processor.

7. Start the VM and wait the system detect a new hardware and prompt ask to restart.

8. Restart the VM. Once boot up. Shut down the VM

9. Change back to 2vcpu and start the VM

10. Wait for the system detect a new hardware and prompt ask to restart. If you view task manager, it will still indicate 1 processor.

12. Once restart, the VM will have 2 processor when you view from task manager.

Quite weird but i suspect is due to SP2 which i have previously uninstall and reinstall SP2 process.

Well, at least now it is work on my side for 2 VMs. Another 3 VMs on the same Hyper-V Host did not experience this issue. Weird!…

Not long ago, i have posted Citrix Xenserver 5.6 SP2 integration with VMM 2012 Beta  (previous blog). However recently Citrix has released a new version of hypervisor:- Citrix XenServer 6.0.0 to public. Therefore i have added XenServer 6.0.0 into my heterogeneous environment and continue managing Citrix hypervisor using VMM 2012 RC.

You can download the trial version from here. If you have MyCitrix account, you can directly download Citrix XenServer 6.0 and you can find Microsoft System Center Integration Pack (size 11.5MB).

Install the XenServer with Integration Pack.

Once you have complete, proceed to Fabric workspace, click Add resources and select Citrix XenServer Hosts 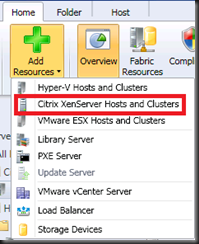 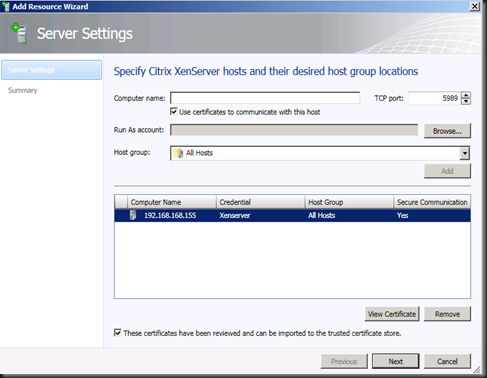 Once added, you can view the server properties. Here is the screenshot that i have successful added Citrix XenServer 6.0.0 into VMM 2012 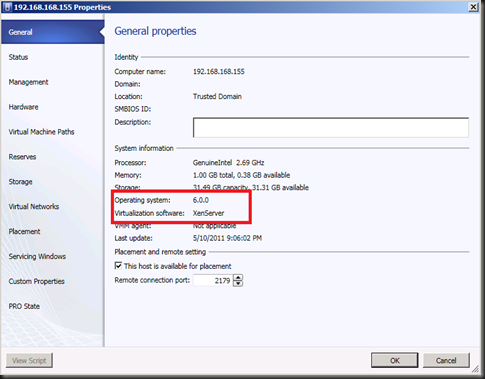 On Citrix XenServer 6.0.0 server, here is the screenshot of the Citrix hypervisor. 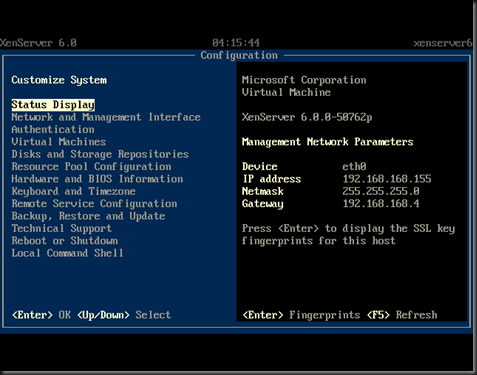 So what’re you waiting for? Start download and integrate into VMM 2012.